No time to relax our vigilance

Despite the new regulations that have been introduced or proposed following the Grenfell tragedy in 2017, this is not the time to be complacent about fire. The latest available statistics on fire in England showed that fires actually increased in the year to March 2019. In the 10 years to 2012/13 there had been a steady drop in fires every year, but since then the figure has been slowly creeping up again. 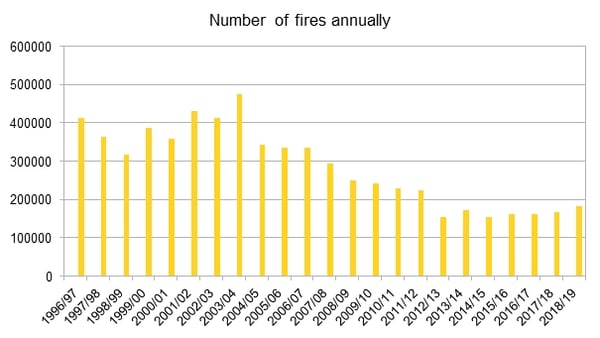 The other really significant figure is how many people died in fires. Every death is a tragedy, so no figure can be considered ‘good’, but the lower it is the better. In 2018/19 there were 253 fire-related fatalities. This compares to 339 for the previous year, which included the 71 people who died in the Grenfell tragedy. 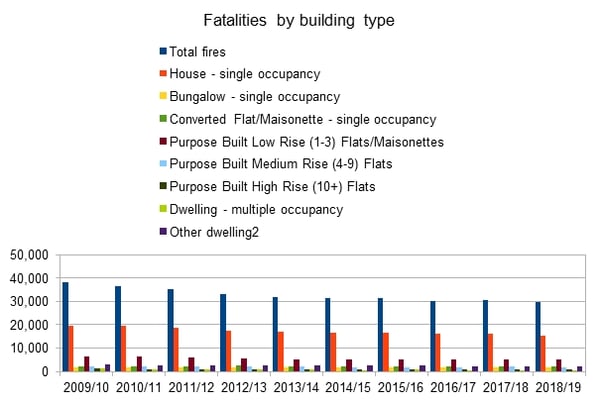 So there is modest room for congratulation, but these figures are still not good enough. More recently, we have had the worrying student fire at Bolton and the fire in the Travelodge in Brentford. Neither has been fully analysed, but the first indications are that the cladding may have played a part in the first fire and probably did not in the second.

What these two fires, at which fortunately there were no fatalities, remind us of, is that we must be vigilant. We must work to prevent fire; we must not use materials that encourage it to spread; we must build in a way that prevents it spreading; we must protect means of escape; we must suppress fire wherever possible; we must get rid of smoke; and we must make it possible for the Fire and Rescue Service to do its job as quickly and effectively as possible. Put another way, we must design our buildings correctly, build them correctly, and maintain them correctly. We must be particularly vigilant about putting the correct measures in place to remove smoke, which can kill in two ways. It can kill directly, because it is toxic, and it can hamper rescue efforts and ease of escape.

We must, in particular, think about the protection of existing buildings. While Grenfell was the most tragic example of a building that became more dangerous throughout its life, most negligence is less dramatic. It includes, for example, breaching of compartmentation by ill-considered minor building works.

It is too easy to concentrate on the important issue of new construction and forget about the vast number of buildings that are already in existence and occupied. These buildings must be maintained correctly and that means that competent people must inspect and work on them to ensure that all elements of the fire protection are working properly.

Only when we get everything right, in terms of maintenance as well as initial design and construction, on every building, will we be able to minimise the danger of fire. Then we will save lives and cut damage to properties and disruption to everyday life. We are travelling, broadly, in the right direction, but we must do more.