Preparing car parks for the risks of charging electric vehicles

Car parks may experience a new risk with the growing prevalence of electric cars and, in particular, the likelihood that the cars will be charged in car parks. This may lead to a number of fires in their lithium ion batteries, that will pose a challenge to firefighters and to those responsible for safety in the car parks. 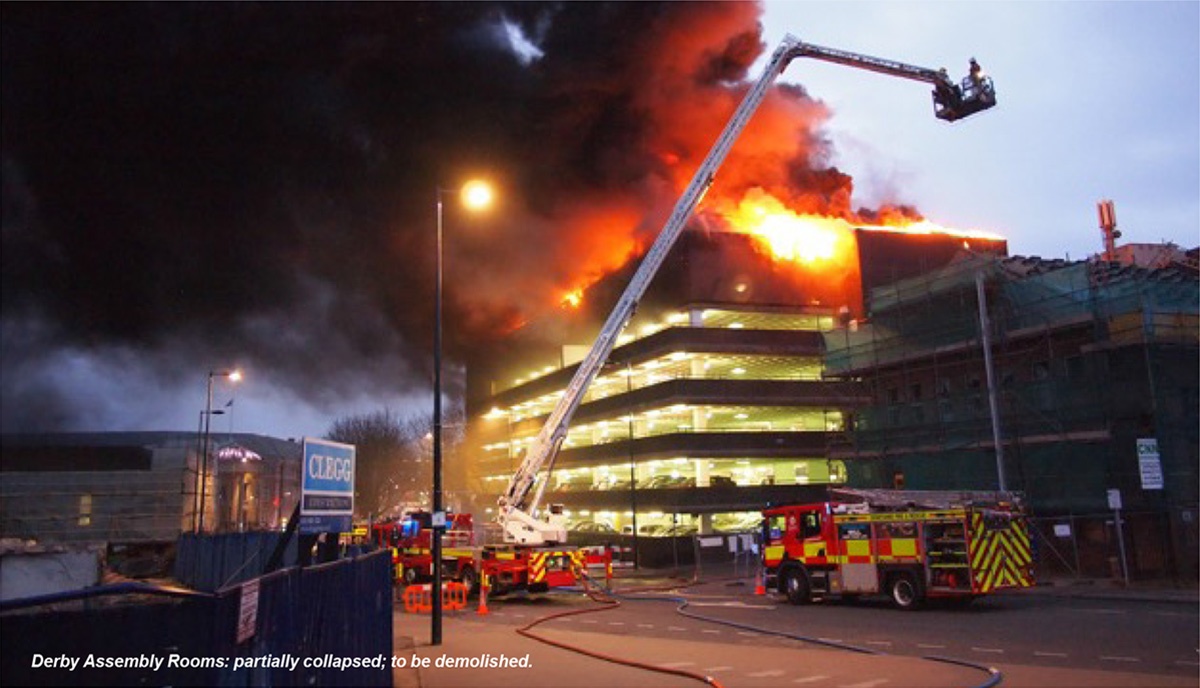 Car parks are already risky places, as was demonstrated by the recent fire at the Douglas Village Shopping Centre in Cork, Ireland. When a people carrier caught fire there, despite the fire being spotted early and measures taken, the result was severe – not only were more than 60 cars damaged, but there was also structural damage to the building, resulting in costs estimated at millions of Euro. It is sobering to realise that the risks of this type of damage are likely to increase with the advent of electric cars.

While pure electric cars (those without an internal combustion engine) are still relatively rare, accounting for only about 1 per cent of all car sales, the market is growing. Sales of pure electric cars in the UK rose by 158% in July compared to July 2018, with 2,271 new battery electric vehicles (BEVs) registered across the country this July. 70.6% more electric cars were sold up to the end of July 2019 compared to the same point last year.

The time needed to charge an electric car can be anything between 30 minutes and 12 hours, depending on the size of the battery and the speed of the charging point. Pure electric cars, with their larger batteries, will be at the longer end of that time frame.

The result is that there is likely to be increased charging of cars in car parks, if they respond to need by installing charging points. The RISC Authority, the research body supported by the insurance industry, has issued guidance on the charging of cars in residential and workplace environments. Although strictly this does not apply to car parks, it is worth noting the guidance. It says: ‘the fire safety management strategy should consider practical passive, active and managerial control measures as part of the
fire risk assessment for the premises when selecting and designing areas for charging electric vehicles and mobility scooters.
Because charging of electric vehicles will often continue when premises are unoccupied, the measures to be considered should include:
In car parks, there is the additional risk that a fire in one vehicle can spread to another, or that a fire from a petrol vehicle could spread to an electric vehicle, whether electric-only or the still more common hybrid vehicles.

All fires are risky, but these are particularly dangerous because of the nature of the lithium-ion batteries that are used in electric cars. If they burn, it is very difficult to put out the fire. When researchers at the NFPA (the United States’ National Fire Protection Association) carried out tests on lithium ion batteries, they came to the following conclusions:

“In each of the six full-scale burn tests, firefighters at the test site found that they needed to flow large amounts of water on the batteries, because fire kept flaring up even after it appeared to be extinguished. In one test, a battery fire reignited 22 hours after it was thought to be extinguished.

“‘Everything looked normal,’” recalled Andrew Blum, a researcher at the firm Exponent, which conducted the tests. ‘When we looked at the battery through a thermal imager, everything was back to ambient temperatures; the fire was extinguished as we would define it. But there was something going on internally in the module, and we just couldn’t tell.’ In two of the tests, firefighters ran out of air and had to switch tanks because of the length of time it took to fully extinguish the battery, according to Blum.”

And smoke and toxic gases are a particular problem. Researchers in Sweden have found that large volumes of toxic fluoride gases will be emitted. https://www.researchgate.net/publication/319368068_Toxic_fluoride_gas_emissions_from_lithium-ion_battery_fires

All this makes it even more important to take smoke ventilation in car parks seriously. Adequate smoke ventilation can both remove toxic fumes and make the job of firefighters easier. The advent of larger numbers of electric cars is to be welcomed, but we must be ready for the consequences.

The way we use cars may well change. As we advance towards more autonomous vehicles, patterns of ownership may well change, with cars becoming more like taxis. But those vehicles, however they are owned, will still need to be parked and charged – and we must be aware and prepared for the risks involved.