Questions and Answers from our smoke and fire curtains webinar 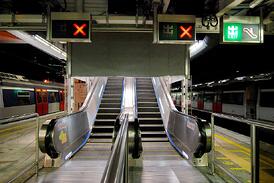 At Colt’s CPD accredited smoke and fire curtains webinar, we received some interesting questions in the Q&A session at the end, which I would like to share.

Are there any special considerations when using a curtain together with mechanical SHEVs?

The important issues are:

What kind of air velocity can a curtain withstand before it starts to flap?

The curtain will start to move at pretty low velocities. If you have a fixed, maintained velocity, then obviously it won’t flap but just deflect; it is variable air velocities which are the problem. So for example if the curtain is located close to a door, then you are likely to get wind effects.

What is the expected life span for a smoke curtain, given the need for weekly servicing and annual testing?

We would expect the curtain to last 10-20 years before there is any significant degradation. There is always the risk of a motor failing during that period. Also it is possible that the fabric will tear if it hits an obstruction.

Is there any mention of fire and smoke curtains in any of the NFPA standards?

I am not aware of any reference to fire curtains. NFPA 204 and 92 refer to smoke curtains as “draught” curtains. The assumption is that curtains will generally be fixed. As long as you are in a territory which will accept EN rather than UL certified products, then you shouldn’t have an issue.

Are all fire curtains smoke-tight?

No. A fire curtain may or may not be tested as a smoke sealed curtain in the same way that a fire door can be tested as say E30 or E30S, though in fact all fire curtains will generally be at least as smoke resistant as the equivalent smoke curtain. Moreover they will usually be better sealed because of the side guides. If you want a fire curtain to be smoke sealed, then you need to specify it as such. This will then mean additional seals in the side guides.

How do you arrange for the curtain to drop before the smoke extract starts?

This will involve a link from the smoke extract system, so that when that system receives a signal to operate, it will give a signal for the curtain to drop and it will also provide a short delay before the extract starts. This is relatively simple to do as long as there is co-ordination between the smoke control supplier and the fire curtain supplier, if they happen to be different.

This concerns the high temperature testing of smoke curtains. A D-rated curtain is tested at 600ºC, while a DH-rated curtain is tested to the ISO fire curve. I have not come across an application where a DH-rated curtain is strictly needed. You might consider one if you are looking to use a channelling screen and you are expecting flames to be billowing out from a unit. The DH rating was put in by the committee because these kinds of curtains can relatively easily be manufactured, and it was thought to provide greater flexibility of use, but DH curtains are in fact rarely specified.

What is the maximum fire resistant rating for a fire curtain?

Why are atria and smoke curtains not as popular in the UK as they are overseas?

This depends on the local customary building types and regulations. The UK’s building regulations are quite tight and atria don’t generally have open floors above the bottom one or two floors, and therefore the actual curtain walling within the atrium does the job of smoke curtains – there aren’t balconies at high level. By contrast in Asia it is common to have shopping centres with as many as 10 levels all open to the atrium. In this situation smoke curtains allow this kind of design to work.

If you missed the webinar, it is available to watch as a recording. You can also keep an eye out for future Colt webinars by looking at our webinar calendar.