Have once highly prescriptive Building Regulations become too relaxed 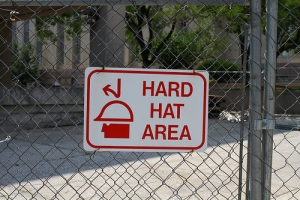 Over the last 40 years or so, Building Regulations have become much less prescriptive. Where once we had Mandatory rules for means of escape in case of fire, we now have simple regulations requiring reasonable or adequate protection from fire, backed up by an Approved Document that becomes less prescriptive with every revision and embraces the use of fire engineered alternatives.

Good for consultants and developers…

This is great news for consultants, who become ever more important in design, and for developers, who gain in flexibility and cost reduction.

…but what about the enforcers?

Whether or not you believe the simulation results from modeling techniques such as NCM or CFD, actually telling whether a building is compliant gets harder and harder for Building Control Bodies. Many BCOs lack the expertise or facilities to check CFD analyses. They are reliant on expensive peer reviews (which may be unaffordable in today’s competitive environment) or on the good will of Fire Brigades that have the facility to do so. Fire Brigades, on the other hand, are being presented with different fire engineered solutions and systems in buildings, which have the potential of leading to operational difficulties.

Take the simple example of fire fighters controls for a smoke control system in a multi storey building. Approved Document B allows the use of natural ventilators, natural shafts, mechanical shafts or pressurization. Naturally, each manufacturer naturally has its own control systems for these and there is no common guidance on the provision of fire fighter controls. As a result, this is left to negotiation between interested parties. Some people want every component to be individually controllable and its status indicated. At the other extreme, some think even a simple on/auto/off switch is too much.

This is a cause of frustration for everyone involved and is unnecessary.

We are never going to turn the clock back so, in the absence of prescriptive regulations, it becomes ever more important to have and to use good, impartial, guidance documents which go beyond simply explaining and clarifying regulations by reaching the parts regulations don’t.