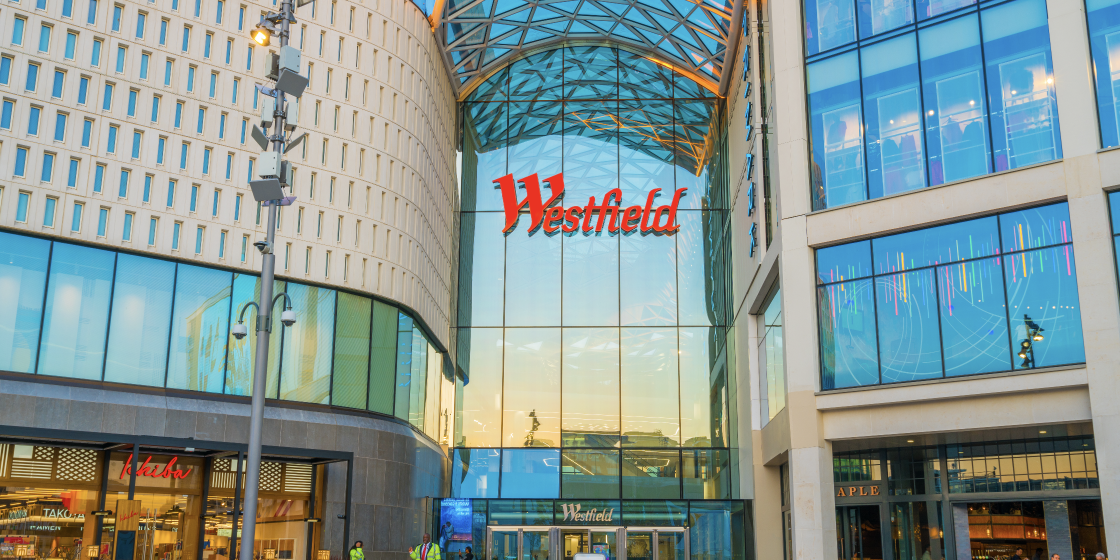 Shopping centres are some of the most complex retail structures and as such, the Building Regulations have a strong emphasis on the provision of life safety systems such as smoke control in them. A well-designed smoke control system can play a big part in helping people escape quickly and should be able to maintain smoke-free escape conditions at low level to allow the building to be evacuated with minimum risk of smoke inhalation, injury or death.

END_OF_DOCUMENT_TOKEN_TO_BE_REPLACED 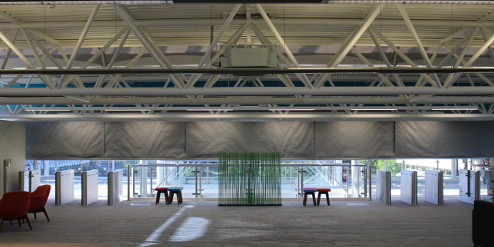 To get started on this topic, let’s first explore what a fire curtain is and how it helps keep buildings safe. A fire curtain is a flexible fire-rated barrier that is held out of sight in a headbox until needed. When activated by a fire alarm system, a fire curtain automatically drops down, between guide channels to seal the space where a wall and door would normally have been.

END_OF_DOCUMENT_TOKEN_TO_BE_REPLACED 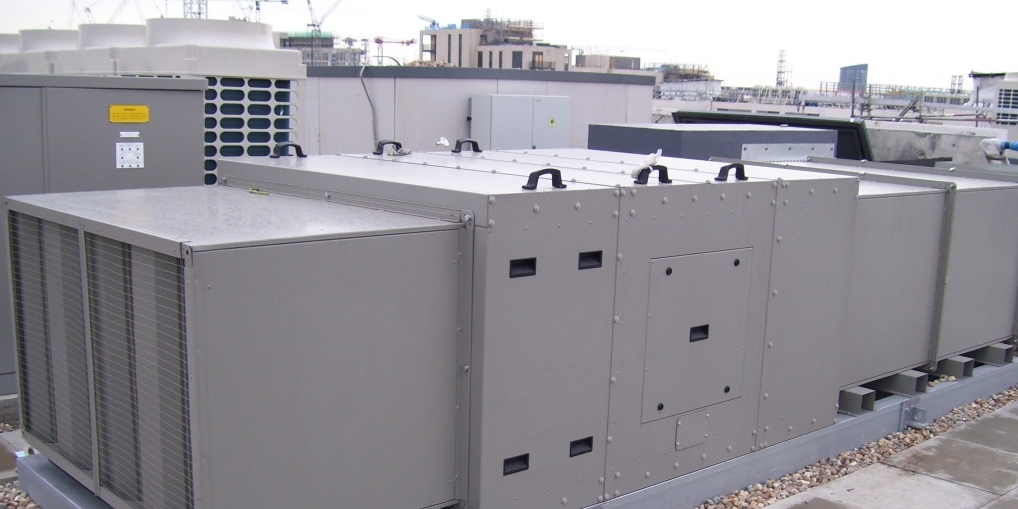 Smoke control systems are vital to keeping buildings and occupants safe. However, unfortunately there are also occasionally times when things can go wrong and the systems fail. In this blog, we aim to cover some of the most common issues and how they can affect the overall performance of smoke shaft systems.

END_OF_DOCUMENT_TOKEN_TO_BE_REPLACED

Common maintenance issues that can cause a smoke control system to fail. 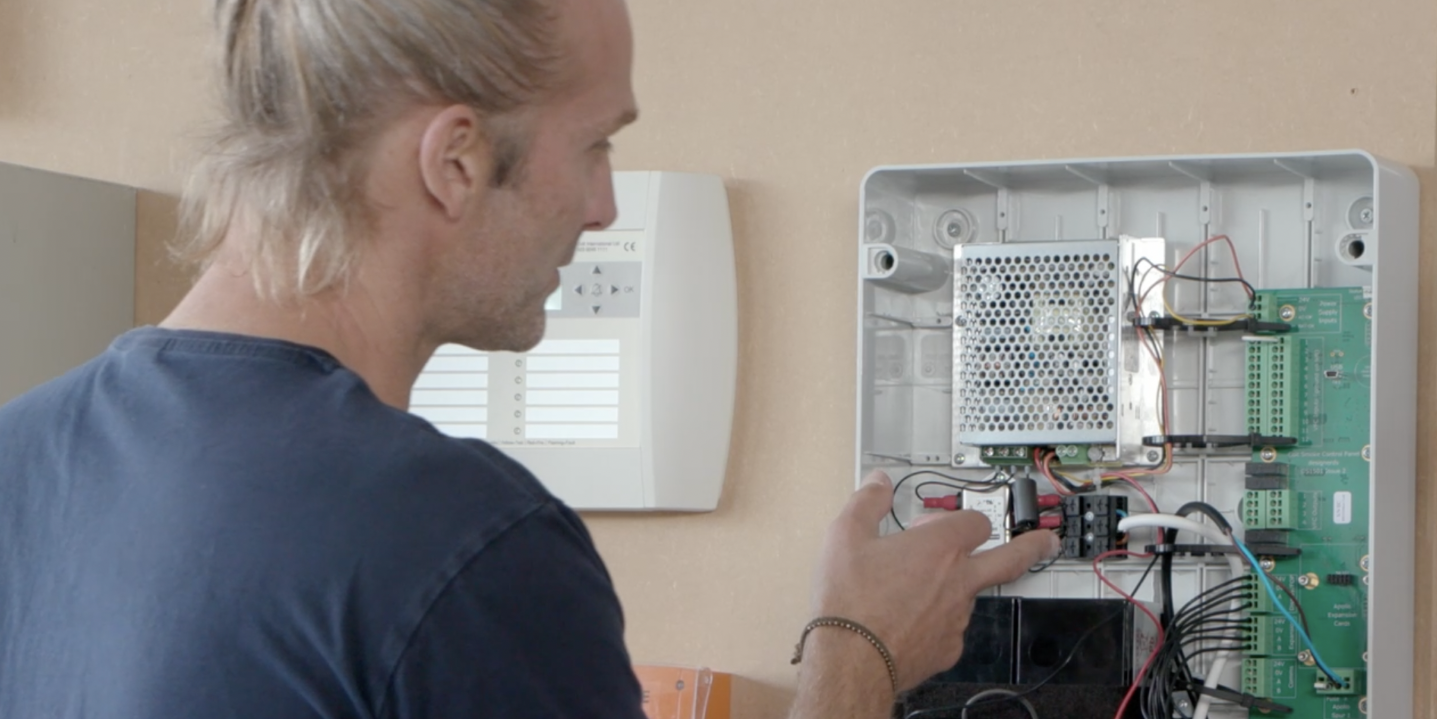 We frequently write about why it is important to maintain your building’s smoke control systems properly, but less so about what might cause a smoke control system to fail or not function properly when needed if proper maintenance is not upheld. In this blog, we aim to give building owners and operators a better understanding of common issues they should look out for and how they can help keep buildings safe.

END_OF_DOCUMENT_TOKEN_TO_BE_REPLACED

Do the right thing. What the latest amendments to The Building Safety Bill mean for the installation and commissioning of fire safety systems.

Act responsibly or face hefty financial and legal consequences. This is the message the government is sending to manufacturers, installers and suppliers of fire safety equipment with its latest amendments to The Building Safety Bill.

In February, the government tabled 38 pages of amendments to The Building Safety Bill that would impose extremely stringent penalties on manufacturers, installers and others across the industry who do not comply with the proper standards and regulations. Although the main driver for these changes is cladding issues, systems and products like smoke control, sprinklers and fire alarms are also included.

END_OF_DOCUMENT_TOKEN_TO_BE_REPLACED 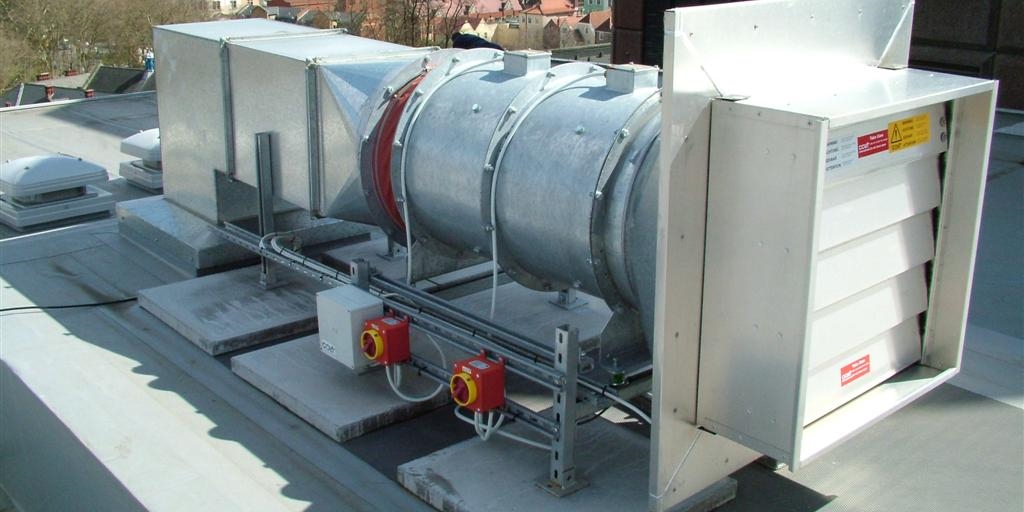 In this blog, we aim to provide guidance on UK legislation with particular emphasis on the regulations in England that form the basis for smoke control design. Since local government was devolved, each nation state has produced its own guidance framework for construction. In England this is defined by the Building Regulations 2010 and the Approved Documents – specifically Approved Document B for Fire Safety. In Wales it is similar, except the Approved Documents are specific to Wales. In Scotland, the requirements are set out in the Building (Scotland) Regulations 2004 and the supporting guidance can be found in the Building Standards Technical Handbooks – Section 2 for Fire Safety. Finally, for Northern Ireland, it would be the Building Regulations (NI) 2012 supported by the Technical Booklets – E, for fire safety.

END_OF_DOCUMENT_TOKEN_TO_BE_REPLACED

Covid-19 and the maintenance of life-safety systems such as smoke control.

We have come a long way with Covid-19 since 2020 and now, almost two years on, it feels like we are finally at a stage where we can live with the virus and return to our usual work and social routines. The last time we wrote about the maintenance of smoke control with regards to the pandemic was in March of 2020, when the first lockdowns had just been announced. In that blog, we reminded people that the testing and maintenance of life safety installations in buildings is mandatory under the Regulatory Reform (Fire Safety) Order. Therefore, regardless of whether the buildings you managed would be in constant use or mostly empty, it remains imperative that a regular maintenance programme is adhered to in buildings of all types, be they commercial, industrial or residential.

END_OF_DOCUMENT_TOKEN_TO_BE_REPLACED

Smoke shaft or pressurization system? Which is best for protecting escape routes in buildings?

Both pressurization systems and smoke shafts are commonly used for smoke control in buildings to protect escape routes. But how do you decide what approach to take for your building? The decision is influenced by legislation and standards, building configuration, budget and space requirements - there is no universal “right” choice, but there’s certainly a best choice for each individual building. In this blog, we will give you an overview of the differences between these systems, how they work and other key comparisons that can help you understand what’s best for your project.

END_OF_DOCUMENT_TOKEN_TO_BE_REPLACED

What the Building Safety Bill means for the smoke control service and maintenance of high-risk buildings. 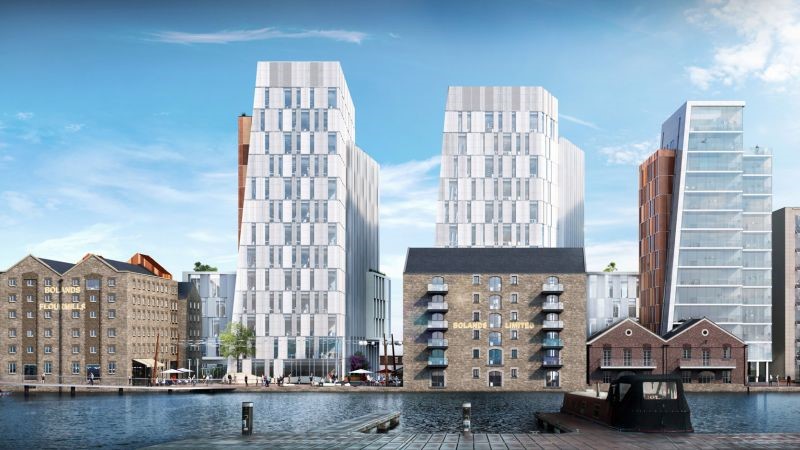 As you will be aware, there has been an intense focus on building and fire safety following the Grenfell Tower fire in 2017. In response to this Dame Judith Hackitt chaired an independent review of building regulations and fire safety which has led to the new Building Safety Bill being put forward.

END_OF_DOCUMENT_TOKEN_TO_BE_REPLACED 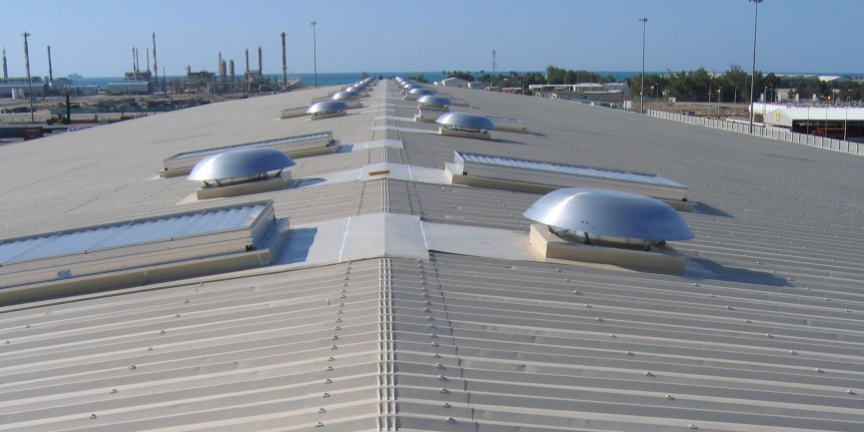 In May 2019, Briggs & Forrester contacted Colt to assist them with designing, manufacturing and installing a fume ventilation system for a military client in Wiltshire.

The building in question was an old airplane hangar that was being refurbished to house the facility’s forklifts, raising concerns about CO fumes building up in the space. Once our specialists had surveyed the building and considered the solutions that would work most effectively, we set to work on designing a crossflow ventilation system that would effectively control the CO levels in the building.

END_OF_DOCUMENT_TOKEN_TO_BE_REPLACED

If you have become newly involved in the world of smoke control, you may hear or see the term ‘”AOV” quite frequently and be wondering what it means and what AOVs do. In this blog, we aim to give you a good understanding of what AOVs are and when they might be required in a building.

END_OF_DOCUMENT_TOKEN_TO_BE_REPLACED

What are the regulations and responsibilities surrounding the "responsible person" when it comes to the maintenance of smoke control systems? 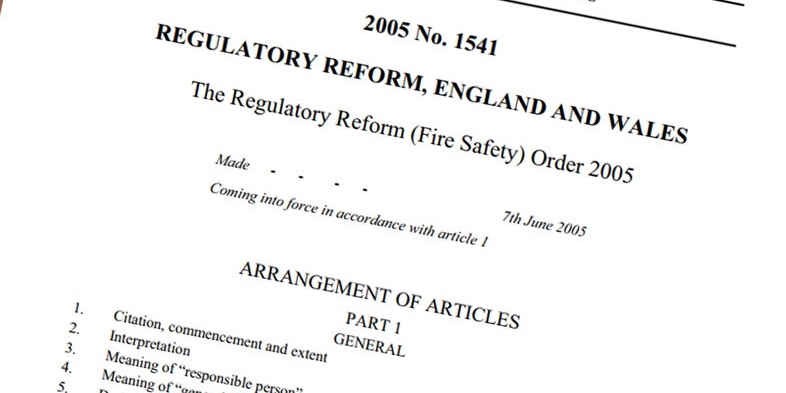 If you own or manage a commercial or residential property, you are ultimately responsible for the safety of the building's occupants and providing fire safety systems that are properly maintained and functioning.

END_OF_DOCUMENT_TOKEN_TO_BE_REPLACED

Why maintaining your smoke vents properly is so important. 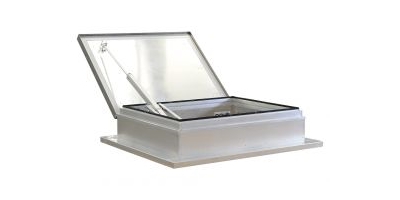 Smoke vents are a crucial part of a building’s fire safety systems and work in conjunction with other mechanisms such as smoke curtains and sprinklers to protect building occupants and the building’s structure from damage or collapse. How do they do this, though? In this blog, we will outline the basic function of smoke vents and how they work, as well as looking at best practices for maintaining them properly to ensure they do not fail in case of an emergency.

In the initial stages of a fire, temperatures tend to rise fairly slowly and consistently until they reach their ‘flashover point’ when the rise in heat rapidly accelerates. Due to the relatively slow temperature rise when a fire starts, very large amounts of smoke are usually produced in the first few minutes. Without any barriers to contain the smoke or an exit for it to escape the building, it can very quickly fill even a very large space, quickly incapacitating occupants. The limited visibility created by the smoke also makes it extremely difficult for firefighters to locate the seat of the fire to put it out quickly.

It is extremely important that firefighters reach the fire to put it out in the beginning stages when the temperatures are still manageable, because once a fire reaches its flashover point, the likelihood of rescuing any occupants, stock or indeed the building itself (depending on how large the blaze it), goes down considerably.

Smoke vents are instrumental in helping to keep escape routes clear and in allowing firefighters to reach the origin of the fire quickly, helping them to extinguish it faster which saves lives, stock and buildings.

END_OF_DOCUMENT_TOKEN_TO_BE_REPLACED 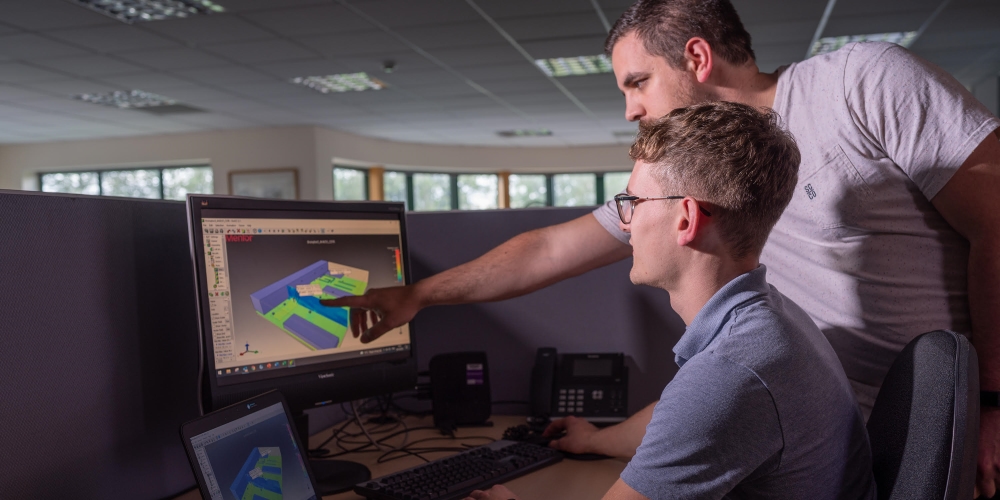 We recently worked on a project with the Newhurst Energy-from-Waste facility where the customer wanted to try a new design approach that led to some interesting modelling results we wanted to share with you.

To give some context around the building design, the Newhurst power generation facility is much like any other power generation building – a large, mainly open structure that is around 40 metres tall. Inside the building, large steam turbines, boilers and other processes are constantly producing high levels of heat that needs to be managed in order to keep the interior conditions stable for both the benefit of the staff and the energy-producing processes.

END_OF_DOCUMENT_TOKEN_TO_BE_REPLACED

The ongoing quest for energy efficiency has led to very good insulation in residential buildings. This is very good for the environment and energy performance, but it also has an unintended consequence on stair lobbies, corridors and entrance halls, in the form of overheating. This results in unpleasant conditions for residents and possible issues maintaining cold water supply temperatures.

Heat build-up in corridors or lobbies of residential buildings is a common problem with a simple solution. If there is a risk of overheating in buildings where they already exist or are part of the design, use the smoke shafts. These are typically positioned in a way that can also provide effective environmental ventilation (the use of natural or mechanical ventilation to create better internal conditions). Therefore, they can serve a dual purpose of evacuating smoke in case of fire and providing day-to-day ventilation to extract any excess heat as required.

However, the design and controls need to be well thought through and there are some pitfalls to avoid for the solution to deal with overheating effectively.