How does fire design in the UK compare to other European countries – performance versus prescription?

The review from Dame Judith Hackitt concluded that the current legislation regarding fire safety equipment in the UK is not fit for purpose and that it needs to improve. Learning the best that we can from other countries while avoiding their shortcomings would be a good start. 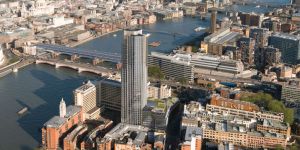 But while well-considered regulation is essential, it is equally important for all those involved in the design and construction of buildings to have an understanding of what fire can do to a building and how damage and danger can be minimised.

When we look at our European neighbours, we can see that they have a different approach to design than the UK, particularly in relation to fire. Germany for example has entirely prescriptive regulations which tell building designers what they should and should not do. The national model building code (Musterbauordnung) sets out what designers should do. Each of the federal states has its own detailed rules, but in fact these vary only slightly. The benefit is that life safety systems should not be traded off under the pretext of ‘value engineering’. The trend of a ‘race to the bottom’ as referred to by Hackitt, in terms of providing the minimum protection for the lowest cost needs to be halted. Prescriptive requirements are more likely to prevent this as compliance is the only sure way of demonstrating the standard is met.

In contrast, in the UK, we have a performance based code. This describes how a building should behave in terms of fire and it is then up to the designers to show that the measures that they have put in place will allow the building to achieve that performance.

The idea is that this allows designers to be more creative and still have buildings that perform well. But interpretation can be difficult. Following a fire at Lakanal House in 2009, which killed six people, the coroner at the inquest called Part B of the Building Regulations, which set out the performance standard, ‘a most difficult document to use’. Have we gone too far towards a performance standard, and away from prescription? It is widely acknowledged that the UK fire industry has been complacent following the continuing downward trend in deaths from fires.

Sweden, for example, also allows performance-based design, but has strict rules about considering the possibility of fires in adjacent buildings.  Italy has an older approach of prescription and a newer approach that allows for performance design. This newer approach is not, however, proving popular because it passes responsibility from the authorities to the design team. Designers in Italy, it seems, prefer to tick boxes than think through the design process.

It is true that performance design, to be done well, requires a detailed understanding of how a building will behave in a fire. That is why an entire specialism of fire engineering has built up. Sometimes, however, the motivations of the fire engineer can be questionable – whose interests do they serve? Their client or the end user? Are they looking to justify the minimum cost for their client or the minimum level of safety that they can comfortably justify and are the two intrinsically linked?

The Dutch Building Decree also uses a performance-based approach which takes a particular approach to the limitation of the spread of smoke. It is also the only documentation in Europe that specifically sets out requirements to limit the development of smoke.

Most of the countries with different approaches have also experienced catastrophic fires and these have often shaped their legislation and regulation. In all countries, fire design has to be considered at the start of the process, and in others it comes much later. It is unlikely that any of them get it entirely right. There has to be a balance between the essential need to ensure safety and being so prescriptive that design becomes nearly impossible. Our experience has been that it is easier to incorporate the right protection earlier so that it is considered in the design process.

Colt is the UK’s most experienced supplier and servicer of smoke control systems and fire curtains. If you want an intelligent, considered approach to safety, contact Colt.