IMechE lecture on clarifying the importance of Smoke Control

I recently, before the Corona virus lock-down, had the pleasure and privilege of giving two lectures on smoke control, one to the Institute of Mechanical Engineers and the other to Northern Ireland Building Control Officers in Armagh. For this second audience I focused in particular on smoke control in high-rise residential buildings.

Both these are highly professional audiences, but there are so many misunderstandings about the importance of smoke control that it was valuable to lay out some basic principles and information. I hope that some of what I shared with the delegates will also be of value to you, the readers of this blog.

In this post, I will summarise some of the information that I gave to the delegates at the IMechE event. In a future blog I will discuss the elements that formed the basis of the Armagh talk.

I went on to explain the importance of smoke control systems. These are used, broadly speaking, to protect means of escape, to clear smoke from car parks, basements and atria, and to ensure that fire-fighting stairs remain usable. By getting rid of smoke, the systems also protect property and the future of businesses. If smoke damage is minimised, businesses can re-open more rapidly.

The presentation runs through the different types of smoke control systems and also the relevant European legislation. It explains what smoke clearance systems are, to prevent people relying on them in the wrong way. BS4422 defines one as a ‘Smoke Control System designed to remove fire effluent following a fire and used at the discretion of the fire brigade to assist fire-fighting operations. Crucially, a smoke clearance system does exactly as the name suggests and is not a compensation for extended escape distances, for the omission of sprinklers or for reducing compartmentation.

In terms of a smoke control systems, there are three ways of complying with legislation. You can follow the guidance in Approved Document B, you can follow the British Standards Public Guidance, or you can go for a fire-engineered solution, following specialist guidance. This is the solution that may give the most flexibility in building design, but it also requires a profound understanding of how to prevent fire spreading and of mitigating its effects. Put simply, you need an expert.

If your fire engineer is following this path, one of the pieces of guidance they will be able to use is the upcoming [soon to be published] Smoke Control Association’s CFD (computational fluid dynamics) Guide, which provides a consistent approach to the modelling and review process. My presentation showed some of the ways that this works, and then went on to look at some case studies that highlighted the importance of smoke control.

I did this in part to help people move on from a theoretical appreciation of how important smoke control is, to a more visceral reaction that real-life examples can bring. For example, the General Motors Factory, Michigan 1953 fire was, and still is, the biggest industrial fire in history. Miraculously, given the speed with which the fire raced through the plant, the only fatalities were four people fighting the fire plus a further two construction workers who died a few days afterwards when a crane cable lifting a load of roofing steel brushed against a 40,000V high-tension wire and they were electrocuted.

While those two deaths could not be blamed on the fire, the devastation that the smoke caused certainly could. The 140,000m2 plant was destroyed, which meant that production of automatic gearboxes for five major car manufacturers was lost. As a result of this fire, most modern car plants install smoke control systems to help restore production post-fire.

Lest you think that these problems are historic, think about the fire in an Ocado warehouse in Hampshire built as recently as 2016. Despite the presence of a ‘state of the art’ sprinkler system, the effect on this 24,000m2, largely automated facility, was devastating. The blaze started high in the warehouse and, according to Neil Odin, chief fire officer at Hampshire Fire and Rescue Service, it was so hard to reach that firefighters had to cut holes in the roof. The sprinkler system only contained the fire in the early stages. A total of more than 200 people had to work to put the fire out. The estimated cost of the fire was £100 million. Ironically, it is believed that the sprinkler system initially controlled the fire spread, but the smoke and steam from the fire was so bad that the building operators turned off the sprinklers so that they could see what was happening- the rest, as they say, is history. Would they have felt the need to switch off the sprinklers if smoke ventilation had been installed? Probably not, and the fire service certainly would not have needed to cut holes in the roof (a highly dangerous activity) with smoke being vented from the building. Let us hope that the lesson will be learned.

I will write a further post derived from these presentations, looking particularly at high-rise residential buildings. I hope you find it helpful. The audiences certainly did. It is too easy to forget about smoke control amid all the complexities of designing or refurbishing buildings. But if you do, the results can be devastating, both in terms of human safety and financially. Smoke control is a fairly complex subject but there are really only two things to remember. Take it seriously and, if in any doubt, consult an expert. 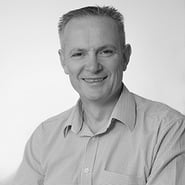